I was 23 and Aconcagua was my first big mountain.  “The Sentinel of Stone” is the highest peak outside of the Himalaya. Located in Western Argentina it is South America’s highest peak and one of the “Seven Summits”.

I grew up on a farm, did sport at school and had done a ski season at 18, so I had some level of fitness.  During my ski season I met a group of friends who were much more into sport and fitness than I was.  These friends, Ali and Suzy, introduced me to adventure racing and to train; I ran, cycled, kayaked and got into basic climbing.

We entered the Salomon 36hr multi-disciplined adventure race.  The teams had to be four people, three racing at any time, so during the 36hrs each person only had an 8hr break.  It was a baptism of fire!  It taught me about pushing harder, further and for longer than I ever had before.  I’d never experienced pushing myself so hard physically and mentally.  The last stage of the race was a fell run over Ben Nevis.  I was done, I had nothing left, I said out loud, “I’m finished”.  With encouragement from my team and thinking no further than the next step I carried on, for over an hour, and finished the race.

Some months later, I was with Suzy, Ali & Paz, they were talking about wanting to go and climb Aconcagua that Christmas.  I was listening to them discussing it and eventually piped up, “I’d love to do something like that.”

And that was it

I didn’t have the right experience, I hadn’t climbed or been to significant altitude before.  But what I did have was a good level of fitness, the right attitude and most importantly an amazing team around me who did know what they were doing.

The trip was 3weeks.  I didn’t have a lot of the equipment needed.  I got the basics and was able to rent things like, down jacket, crampons and plastic boots in Mendoza.  The whole thing wasn’t too expensive.  We’d arranged our own travel and used a local guiding company instead of an international one.

I’d never done an expedition on this scale before so I had no reference point and little experience to fall back on.  But that’s how we learn, by doing things for the first time!

Altitude affects us all differently and it was a new sensation to have and manage.  I remember during the early hours of our summit push, just lying down on the scree wall we were scrambling up, I was so tired and it felt lovely to stop.  I thought, “I’ll just sleep here”!  My team mates pulled me to my feet (and senses) and we carried on.

Reaching the summit of Aconcagua was certainly not a given, I had struggled and wasn’t sure if I could make it.  It was an incredible feeling being at the top.  The decent was tough but an invaluable experience to understand making the summit is only half way there.  Getting down is the most important bit.

I hadn’t showered for almost two weeks, I’d been beyond where I thought I could go physically and I was exhausted – it was such a big experience.

I loved it though and knew I’d be back for more. 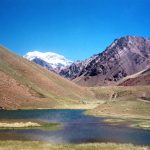 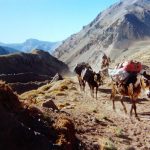 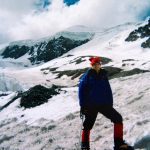