In 2013 I completed a 3074 mile journey, travelling through six countries, in just over nine weeks on my ElliptiGo.  It was world record distance by elliptical bicycle!

The race was held just a few months after returning from The Go Trek, so I certainly didn’t need to worry about my fitness.  I was a little worried though!  I had been doing very long steady days and I needed to be fast for this.  The race involved starting at the bottom of Mont Revard and taking the 21km route up, that’s up, the mountain, to the top at 1,562m.

Between finishing The Go trek and the event is Aix les Bains I did five rides out on the ElliptiGo.  I also spent the week before in Italy and climbed Monte Rosa a 4,634m peak.  The time I spent at altitude was great preparation for the race.

I was delighted to be the first woman to finish and 10th overall.

This year my training would be a little different!  Having done nowhere near as much riding as I had in 2013.  I got myself into gear with training a few months ahead of the race though and was out regularly on my ElliptiGo.  Being in the UK in the midlands there weren’t many hills but I found one, it was short and took me 15mins to get up.  So, I spent my training sessions going up and down it, usually 5 times.

A week before the race I headed out to Tignes and stayed with my best friend Kath and as a final training session we climbed Sassiere.  It was an awesome day and turned out to be a good plan becuase I managed to become the Women’s European ElliptiGo Champion for a second year running.

I was feeling the pressure of expectation.  Having won the previous two years there were eyes on me for 2015.  At ElliptiGo HQ in the states they had an event called ‘every day in May’.  The idea being you ride your ElliptiGo everyday in May.  I signed up!  It was a perfect way to kick start my training and be ready for the race in September.

It was an incredible day and so lovely to see so many of the ElliptiGo community that I’d got to know over the past few years.  I was surprised and delighted to win the race for a third time! 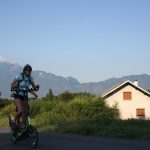 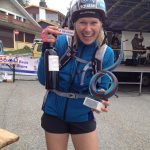 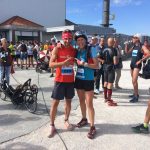 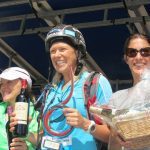 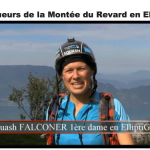 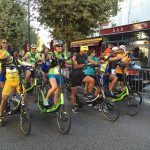 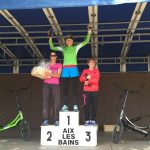 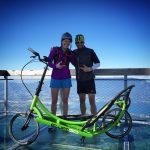 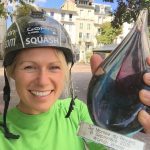