Mont Blanc, the ‘white mountain’.  The highest mountain in the Alps and the highest in Europe, west of Russia’s Caucasus peaks.

This was one of my favourite and best adventures.

Although I had climbed significantly higher peaks, including Cho Oyu, an 8000m mountain, I had wanted to climb Mont Blanc since I was 18.

I left school after my A-levels and headed to France to do a ski season as a chalet maid.  From the resort on a clear day Mont Blanc was visible.  I used to look at it and think, people climb that!  At the time, I wasn’t a mountaineer.  I had grown up on a farm, done the Duke of Edinburgh awards scheme and liked sport.  I wasn’t that fit though or especially into mountains but I did think climbing it one day would be cool.

When I was 23 I was back in the UK and took my motorbike test.  I passed and dreamt about riding a bike down to the French Alps.  I thought it would be an awesome thing to do.  But life took over and I parked the idea, for a while.

In 2006 I spent the summer working at a B&B in Annecy in exchange for paragliding lessons.  Irwyn, the owner, taught me to fly and became a close friend.  When I began solo flying, I dreamt about climbing a high mountain and flying from the top.  Another idea I parked in the back of my mind.

In 2009 I didn’t have any expedition plans but then I realised that in fact I had 3 dreams that I could roll into one amazing adventure.  I could ride my motorbike from the UK to the French Alps, to the foot of Mont Blanc, climb the mountain and then, just maybe, I could fly back down.  People told me I was mad and couldn’t do it, but I chose not to listen to their opinions.

I needed an accomplice.  Thinking back to my days in Annecy with Irwyn, he’d mentioned that he’d always fancied climbing Mont Blanc and having a go at flying back down.  Irwyn was the perfect team mate for this.  A skilled paraglider pilot and an accomplished mountaineer, also a great friend.  So I called him.

It was an immediate yes!  I made the call in June and we decided we’d go in September and give ourselves a month for our attempt.

I got myself organised in the UK.  The issue was I didn’t have any money.  So I called the BBC, BMW and Ozone Paragliders telling each of them the others were already on board.  BMW Pidcock in Long Eaton loaned me a BMW F650GS for a month.  The BBC gave me two cameras to film the trip and Ozone Paragliders lent me a lightweight mountain wing.  It all came together just in time.

I made the 750 mile journey from my home in the UK to Chamonix at the foot of Mont Blanc over three days.  Using Irwyn’s place as a base we began our adventure.

We’d allowed a month because summiting a mountain isn’t a given, let alone attempting to fly from the top.  We needed to allow time for multiple attempts.

Our first two attempts were unsuccessful but also invaluable experiences.  We acclimatised, got our kit just right and practiced taking off from high altitude in tricky conditions.  Our final attempt really was down to the wire.  We were almost at the end of the month and a decent weather window appeared which looked like it could be good.  Turns out it was very good 🙂

Check out the film we we made to share our journey with you.

After the trip Irwyn said to me, “I think you might be the first British woman to do that Squash”.

Apparently I was!  The record was officially recognised & recorded by the Royal Aero Club of the United Kingdom. 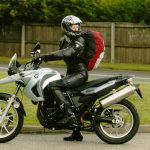 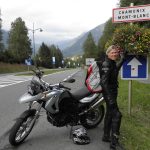 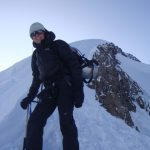 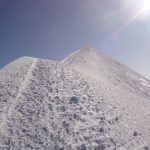 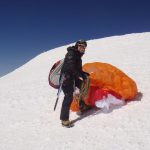 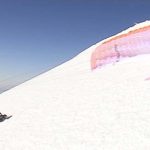 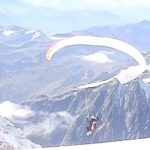 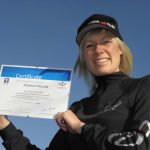