I never imagined that these words could fill him with such worry and dread.  My dad, who’s used to me saying things like, “I’m going to fly off the top of Mont Blanc”.  “I’m off to climb Mt Everest and try and fly off the top of that too”.

“What if you get mugged or killed?” He’d replied.  My mum, my sister and even my friends weren’t sure that this was a good idea either.  I was pretty shocked, I mean, I know Mexico has a bit of a bad reputation.  But surely it wasn’t that bad?

After I rode my motorbike to the foot of Mt Blanc, climbed it and flew on my paraglider from the top, I got some press.  The press reached around the world and Boxer Motors, a BMW magazine in Mexico, liked the adventure so much they wrote a 7 page magazine article about it.

The team who produced the magazine had a project they were working on and wanted me to be a part of.

Rodando Por Mexico – “Rolling Through Mexico”
A new concept of communication through a series of filmed programs, web sites, social networks and printed media, which aims to show the positive image of Mexico.  All this is seen from the perspective of a group of three riders, with the adventure that only travelling on a motorcycle offers.  The goal with their program is to let people in other parts of the world know about Mexico.  It is magnificent; rich in its culture, cuisine, and wonderfully warm people.”

I jumped at the opportunity of being involved.  I would join the team to ride down the peninsula of Baja, California.  Across thousands of kilometres of incredible landscape and onto mainland Mexico.

The start of the trip

After a few months planning I arrived early January, 2012 in Mexico City but my luggage didn’t.

Under normal circumstances it would catch up the next day, but we were hitting the road.  I would be en route to Tijuana, where my Mexico adventure would begin, at the most Northerly point of Baja California.  The next place my luggage could be sent to was Cabo San Lucas. That’s the southern tip of Baja.  Where we were due to arrive, but not for about 12 days, almost at the end of the trip.

Fortunately, I was travelling in a favourite pair of knickers!  (You can read about my Knickers Philosophy on the About Me page, scroll down to the bottom).  I was also wearing my wardrobe staple; a pair of jeans and a white top.  My warm RAB jacket and my trainers.  Advice I’d give to anyone travelling with hold luggage, travel in an outfit that you can wear for everything, every day, should you not see your luggage for a while!

My motorbike and riding gear was already in Mexico and I would be in that most of the time, so actually I wasn’t going to need that much anyway.

The sight of the bikes, truck and crew when we arrived at Tijuana made me very excited for the trip ahead.  I love adventure travel in all forms and to be doing this on a motorbike with a new group of people was very cool.

I’d visited Tijuana almost 11 years previously, in 2001 and it had developed, a lot.  There were now Starbucks on most corners, there was some great architecture and good restaurants but I wasn’t that excited about the place itself.

I was excited about Baja.  The main road through the peninsula is simple, should you choose to stay on it.  The road goes from North to South, there are twists and turns but it’s pretty easy navigation.  You can also do the entire journey off road on endless trails if you want to.

I’d assumed the road would be bad, but was happy to discover I was wrong, it was in fine condition.  It wasn’t long before we saw the ocean.  We were riding along a great road, through rolling hills alongside the cliffs next to the water and covered about 200km that first day.

The following days the scenery changed so dramatically.  This was the Mexico I’d imagined.  Dessert and cactus. Huge cactus.  Cactus that only exist here and in one other place in the Middle East.  It almost didn’t look real, it was like a movie set.

The roads were quiet and as I watched my fuel gauge get lower and lower, I wondered where we’d stop.  We’d passed no towns; no garages and we were in the middle of nowhere.  Then we came across a truck with barrels of fuel loaded onto it.  Mobile fuel stops.

I was riding alongside two Mexican guys, Paco and Andres.  Both passionate about adventure travel on motorbikes and their country.  Mostly Paco rode at the front to lead the way and Andres rode at the back to make sure everyone was ok. Like on any adventure or trip, being in a group you fall into a rhythm and bond with each other.  The crew were lovely and I was well looked after.

South of the border

The first few days were spent riding to Guerrero Negro, a pretty small and basic town, just over the border into Baja California south.  Crossing the border, the temperature soared.  I was surprised to learn this small, understated town was in fact home to the world’s largest salt plantation and we rode out onto the vast salt planes and had a glimpse into how salt is mined.

Between Guerrero Negro to San Ignacio the road is straight with one left turn.  To the Sierra San Francisco.  Flat top mountains and stunning views lead us to our first section of off road and ancient cave paintings that date back to over 10,800 years ago.

After miles of nothing we came to a small collection of buildings and ranches.

The Mexicans have lived here for generations.  The people we met here were open and kind.  They live well off the land and their ability to make things was very impressive.  We stayed the night and the following morning we were up early to ride mules (not motorbikes!) to the bottom of the canyon to see some of the most treasured and historically important cave paintings. Riding a mule down the steep, narrow canyon path for 6hours made me appreciate my motorbike seat a lot!

Highlights in the South

Reaching the bottom of the canyon was like entering a secret paradise. Nothing like the dessert at the top, deep down there was water and an abundant and green oasis.  The cave paintings were really amazing.  I just couldn’t get my head round the thought that almost 11,000 years ago someone was there, right where we were painting away in the cave.

We camped in the bottom of the canyon. There was no natural light for miles around, the stars were incredible and the milky way was so bright. I felt at home in the tent.

From here we continued South and made our way to Laguna San Ignacio, to the edge of the coast.  We stayed in eco huts and took small fishing boats into the Pacific Ocean to see the Grey Whales.

A hard experience to describe.  The whales are so massive and it was incredible seeing them up close.  They engulfed the tiny fishing boats and were confident and inquisitive.  Even the mother whales, with their babies, came up to the boats to check us out and have a look.

In the 1860’s the French took advantage of the copper deposits and set up mining in Santa Rosalia.  We passed by and stopped to see the town church.  A metal pre-fab structure designed by Mr Eiffel himself.  The church was originally set up at the Paris world fair and was sent to Baja in pieces about a hundred years ago.  I was of course expecting the church to have some resemblance to the Eiffel Tower.  Of course, it didn’t and I was a little disappointed.

Reaching La paz everything changed, no longer did it feel like we were on a remote peninsula.  La Paz is a large, bustling, bright light, sea side city.  We passed through Todas Santos on our way to Cabo San Lucas, the name of the place meant nothing to me.  That was until we pulled up outside The Hotel California!  The Hotel California where The Eagles famously stayed and wrote their hit song.  The hotel had become run down and disused, until an American couple and a Mexican guy began a restoration project in the late 90’s.  Today it’s a funky, boutique hotel.  Guests come from all over the world.

We arrived in Cabo San Lucas, the Southern tip of Baja.  A very chic and cool place that’s frequented by the stars.  Full of designer shops and super yachts fill the marina.  We took the bikes up a dirt track to the highest point to see the sunset with views over the Pacific Ocean and the Gulf of California.  We had ridden the entire length of the peninsula.

I was finally reunited with my luggage in Cabo!  It was good to have all my things but at the same time travelling light had been great and I was reminded that its not all about ‘our stuff’.  It’s about the journeys we go on, the people we meet and the memories we make.

The final leg of our Baja journey was back to La Paz to catch the ferry to the mainland.  We missed our ferry and the only option was to take the cargo ferry.  We were allowed to sneak our bikes on and told we’d have to ‘find’ somewhere to sleep.  Sometimes when things don’t work out as planned they work out better.  As I drifted off to sleep on the outside upper metal deck of the huge cargo ferry, I was looking up at the star lit clear sky and it was incredible.

We reached the mainland and rode over a thousand kilometres back to Mexico City.  I arrived in one piece, I hadn’t been mugged or murdered and not even seen a hint of violence.  I’m not saying it doesn’t exist I’m just saying that there’s a lot more to this beautiful place than it’s reputation might have you believe. 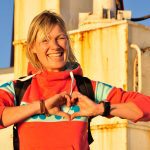 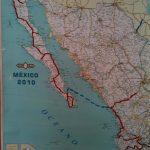 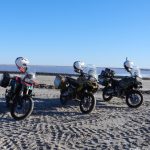 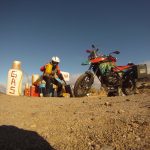 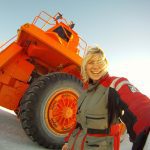 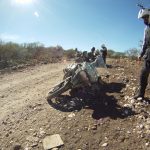 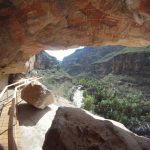 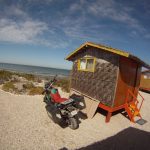 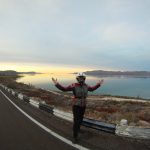 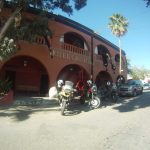 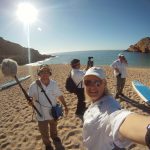 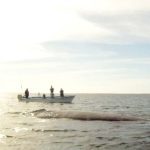