In 2013 I climbed several summits in the Monte Rosa Massif in the Aosta Valley, raising awareness and supporting the charity Coppafeel.  I rode over on my BMW F800GS and I took my paraglider.

The journey to Aosta involved; two days, almost 900 miles, 5 tanks of fuel, 3 countries and a huge number of dead fly’s and bugs on the front of the bike and my helmet visor.

My route took me down through the UK to the channel tunnel in Folkestone.  From there I went to Tignes in France.  700miles in a day!

I broke up the travel days with a couple of days in Tignes, where I was able to fit in some acclimatisation training.  Cycling up the Col de l’lseran and hiking up to 3,500m on the Grand Motte.  Monte Rosa is 4,634m so getting high was a good plan.

The much shorter second days travel took me over the Col du Petit Saint-Bernard, a mountain pass from France into the Aosta Valley in Italy.

Monte Rosa was first climbed in 1855.  So, during this climb I wanted to £185.50 for breast cancer awareness charity, Coppafeel.  (We surpassed the amount thanks to everyone’s generosity).

Arriving in Courmayeur marked the end of my journey on the bike and the start of the climb.

I met up with my friend and mountain guide Marco Tamponi and we set off to the other side of the valley.  There’s always a certain amount of nerves and excitement before a climb, especially when I pack my paraglider and there’s a chance I might be flying back down.

A huge wall of 4000m peaks, the Monte Rosa Chain, extends from the Breithorn all the way across to the multiple summits of Monte Rosa.

Just a 3day trip, the plan was to get up to the first refuge, attempt a few summits on the second day, possibly staying up high and then if the weather was ok fly down on the morning of the third day.

We reached Gressoney and stopped at Staffel.  We took a series of three cable cars up to 3000m at Indren.  It was a steady day.  Just an hour hike up to 3,500m to the Mantova Refuge, our base for the night.

The next morning we were up at 5am and left as the sun came up.  Sunrise and sunsets on any mountain are always a beautiful time.

Within a few hours we had negotiated a lot of crevasses, been enjoying the stunning views above the clouds and were on the first summit, the Balmenhorn, 4,167m.

From there we headed over to the Zumstein summit 4,563m.  The ridge to the summit was very dramatic.  You walk along the edge, one side plummeting away to the clouds below – it was dizzying and reminded me of the summit ridges on Everest.

The final summit, just in time for lunch, was the Capanna Regina Margherita Hut, 4,554m.  The highest mountain refuge in Europe.  A place I’ve wanted to go to for years.  It’s a very cool hang out.  There’re dorms, good food and even Wifi.

To fly or not to fly?

We took the decision to head back down to the Mantova Hut after lunch, the weather forecast was not looking great with cloud and high winds.  We’d sleep there again and see what our final morning had in store for us.

I was up at 2am, 4am and 5am.  Each time the conditions were not suitable for flying.  Either too much cloud or too windy.  We left the hut mid-morning and began our hike back down.

Marco and I were silent as we headed down.  The morning light was amazing and the views were spectacular.  I was deep in thought about the paragliding.  Wondering if maybe we should have waited a little longer, perhaps I could have flown.  It was as if Marco had read my mind, he broke the silence, and said to me, “I like this quote, a snowflake never falls in the wrong place”. 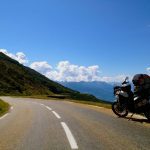 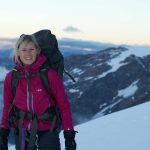 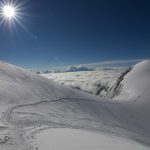 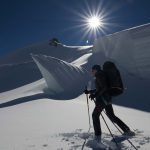 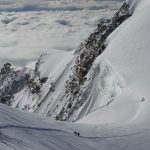 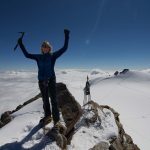