Wings of Kilimanjaro (WoK) was set up by Adrian McRae, a remarkable guy with a huge vision and desire to give back.  The idea was to facilitate paraglider and hand glider pilots in 2013 to be the largest group to ever summit Kilimanjaro and fly from the top.  In doing so raising a huge amount of money for charities on the ground in Africa.

I was part of the Wings of Kilimanjaro reconnaissance team which meant I got to climb Kili twice.  Once in 2012 with a small group and again in 2013 for the main event.

It was a mountain I’d always been keen to climb.  Unlike other big mountains Kilimanjaro is accessible to most people.  You can climb it in a week, it’s realistic to be able to train for it with a full-time job, it’s not too expensive, it’s challenging without being crazy and it’s beautiful.

Kilimanjaro is in a national park and the permit to fly would only be issued for the 2013 record attempt.  The 2012 trip was to check out the routes to the top, the camps, possible take off sites and to work on event logistics.

There were seven of us including myself.  We spent 8 days on Kilimanjaro – longer than most trips.  This allowed time to circumnavigate the mountain, visit different camps, make sure we acclimatised well and explore all of our options.

We summited the mountain and spent time looking at the possible take off areas.  It was a clear blue-sky day and the clouds were below us, it was stunning!

At 5,895m the mountain is over 1000m higher than Mont Blanc and not to be underestimated!  It’s definitely not a climb though, it’s a trek and there is no need for crampons.  We were not on ice or snow but the effects of altitude can be felt from around 3000m.  Whilst lots of people do make it to the summit, many people become ill and don’t make it.

I was on this trip because I wanted to see the mountain for myself and because I wanted to know exactly what Wings of Kilimanjaro was about, the people behind it and how the money raised was being spent.  It’s one thing organising a ‘climb and fly’ when you are doing it for yourself (as I did on Mt Blanc) but it’s quite a different matter organising up to 100 pilots plus a support team of up to 500 people.

Was this even a realistic idea?

We thought so.  Of course, from my previous experience of climb and fly I knew all too well that summiting wasn’t a given, and even if you did, flying certainly wasn’t.  But if you don’t try you’ll never know!

The largest group recorded in history to climb Mt Kilimanjaro assembled at the Machame Gate entrance to the mountain on the 29th Jan 2013.   Paraglider pilots, tandem passengers, a medical team, a safety team, film crews, photographers, mountaineers, porters and guides.

The group summited on day 7 becoming the largest ever single group to reach the summit, 94 people!  We waited out another 2 days in Crater Camp on the mountain to see if we could fly.  However, with bad weather and low supplies almost all off the group headed back down.  Babu Sunuwar stayed on the mountain and a few days later he sucessfully flew!

The team collectively raised over $650,000 for charities on the ground in Tanzania.

Adrian and Paula McRae, with incredible vision, hard work, determination and enthusiasm dedicated over 3 years to an event that saw the largest group of people ever summit Mt Kilimanjaro successfully.  One amazing man, Babu Sunuwar, and his African guide, flew from the summit.  The project raised a huge amount of money for charities on the ground in Tanzania and is already making a much-needed difference.  I am proud to have been a part of Wings of Kilimanjaro. 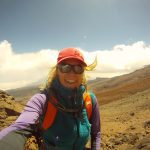 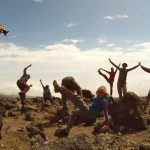 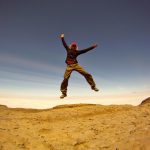 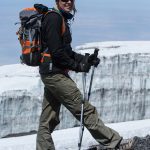 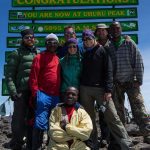 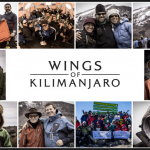 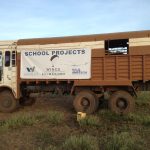 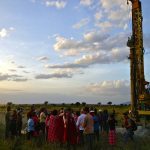 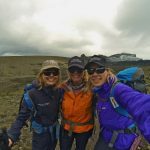 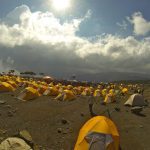 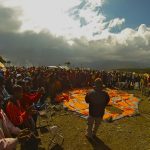 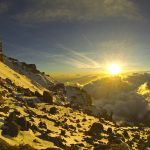 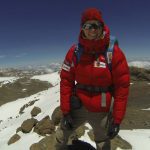